In January 2017, Arts Council England awarded three year funding through its Cultural Destinations scheme to a consortium of arts and destination organisations in the borough. From 2017 – 2019, FESTIVAL.ORG will be working in partnership with the Royal Borough of Greenwich, Visit Greenwich and the Royal Greenwich Heritage Trust to raise the profile of Woolwich by delivering an arts-led events programme in Woolwich Town Centre and Woolwich Royal Arsenal. This activity aims to increase local residents’ pride and engagement in where they live, and to position Woolwich as a developing tourism destination with a growing visitor economy.

In year one of the programme, Cultural Destination events were attended by approximately 16,000 people, with residents and visitors enjoying all sorts of activities including: 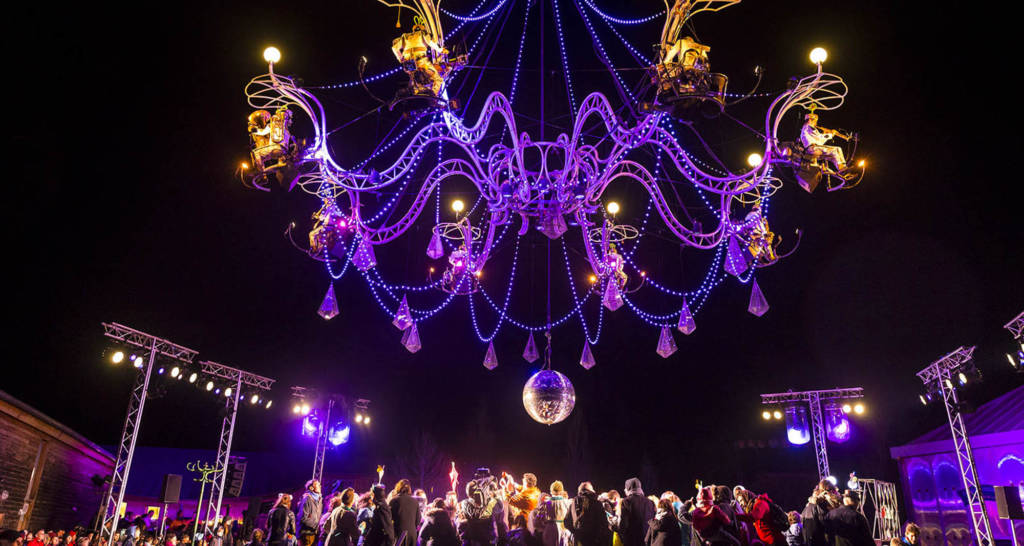 The opening night of Greenwich+Docklands International Festival 2019 took place in Woolwich with a programme of dance, street theatre and a spectacular finale. Highlights included a gathering of 100 magical sonic steel balls, an all-women company of stilt performers, a fusion of fashion and dance inspired by Grace Jones, an unruly cast of mannequins bursting out of a shop window and a giant chandelier transforming General Gordon Square into an outdoor ballroom. 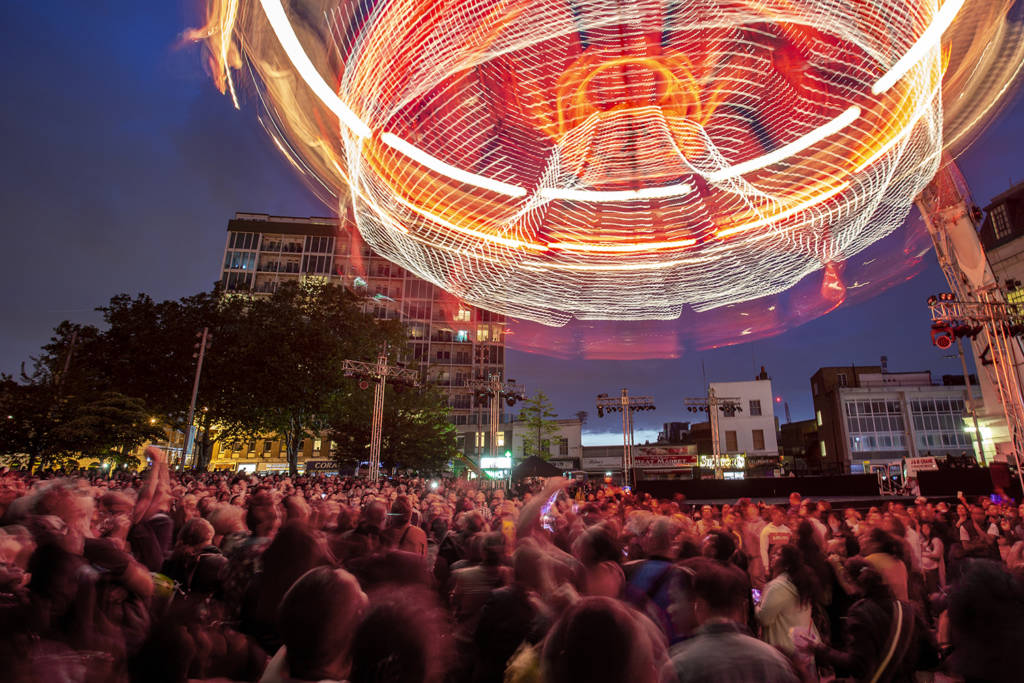 Royal Greenwich Get Together and Armed Forces Day

X-factor finalists Misunderstood and popular children’s shows Gangsta Granny headlined the community festival on 29 June. The day included a veteran’s parade, live music, children’s entertainment, theatre, circus, arts and crafts, sports and workshops. There was also a carnival-style community parade made up from local schools, groups and performers, as well as artisan street food, bars and a farmers’ market. 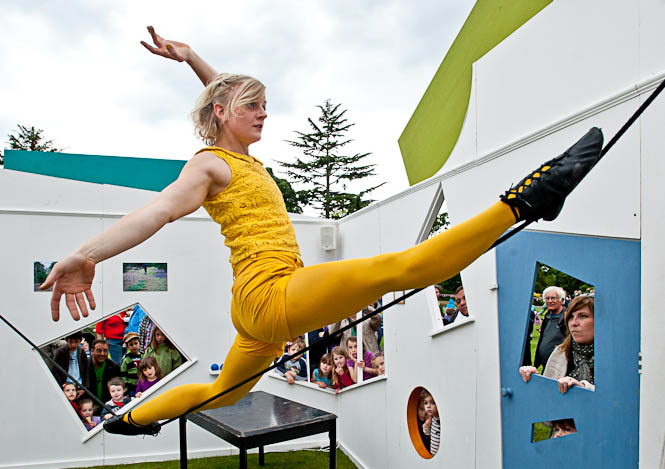 A unique cross-cultural celebration of the Moon, spanning art, music, politics and astronomy – all seen through a lunar lens. Woolwich will welcome a number of events including a free opening night street party with a programme of music, circus, star gazing, installations, spoken word and food. Full programme, tickets and more information https://moonfestival.co.uk/events/ 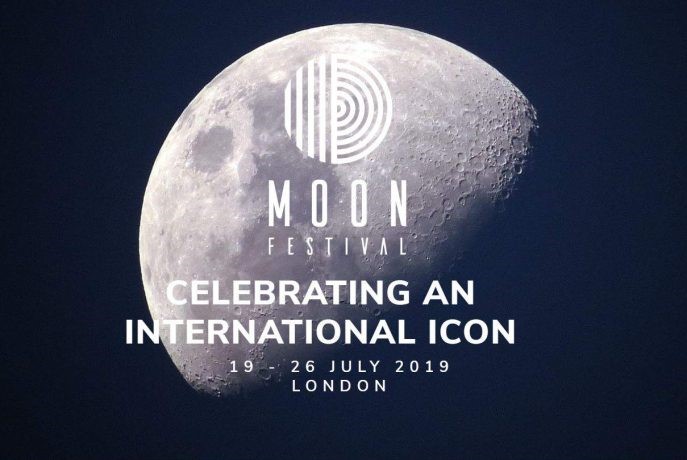 One of the most distinctive voices in British dance theatre, Luca Silvestrini’s Protein uses a blend of original choreography, text, humour and music to entertain and provoke audiences.

In this London premiere, Protein take over the streets of Woolwich with surprising bursts of dance popping up on Powis Street and General Gordon Square over two weeks, culminating in a flash-mob style finale featuring over 200 performers, six live musicians as well as passers-by who have learned the steps. 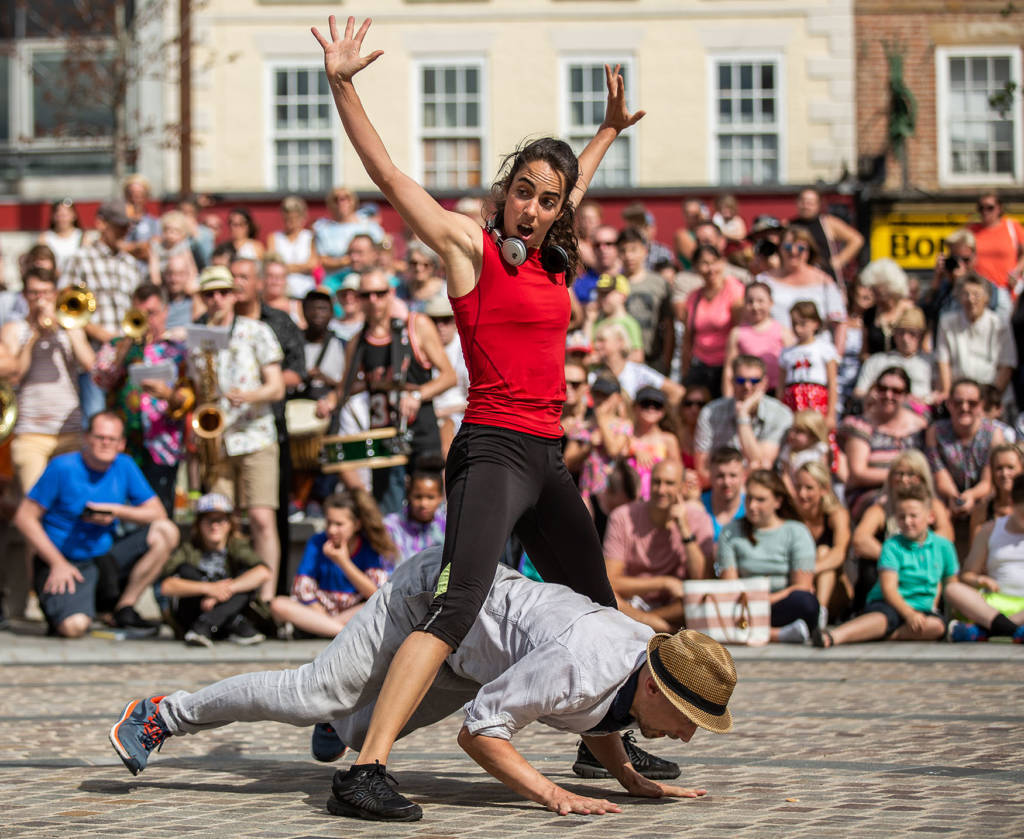 Our first ever Woolwich Laureate Bernardine Evaristo, is the award-winning author of eight books of fiction and verse fiction exploring aspects of the African diaspora – past, present, real and imagined. Her latest novel, “Girl, Woman, Other” was published earlier this year and has been described as “a love song to modern Britain and black womanhood,” winning the Booker Prize for 2019.

During her year-long Laureateship Bernardine will be investigating the story of Woolwich at a key moment of change in its history, drawing on the inspiration of the people she meets and the day to day life of our historic riverside community.

If you have a story to share or want to find out more, please contact Elizabeth Bergeron elizabeth@festival.org 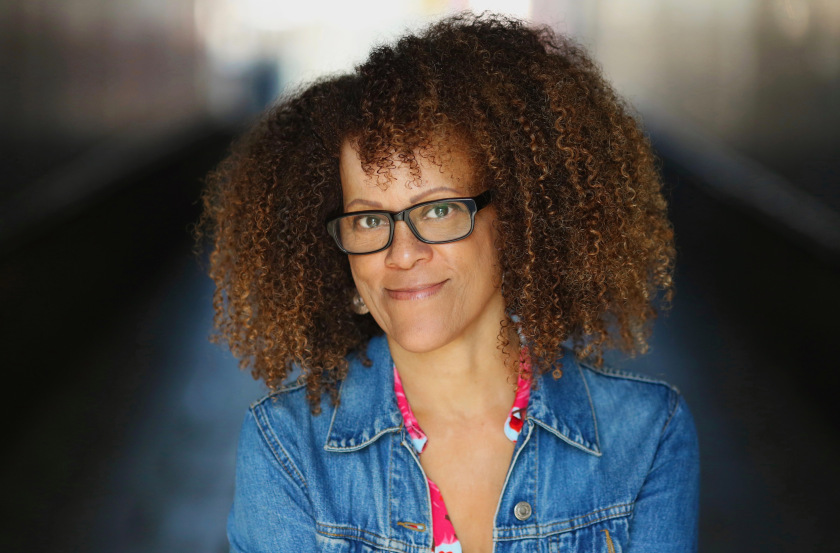 Heading into its fifth year, carnival fever returns to south east London as the streets burst into life. Woolwich Carnival will be a day of music, dancing, brightly coloured costumes and community stalls around town. Under the theme of Woolwich: A Story of People, this will be a joyous and collective celebration for Woolwich and its different cultures. 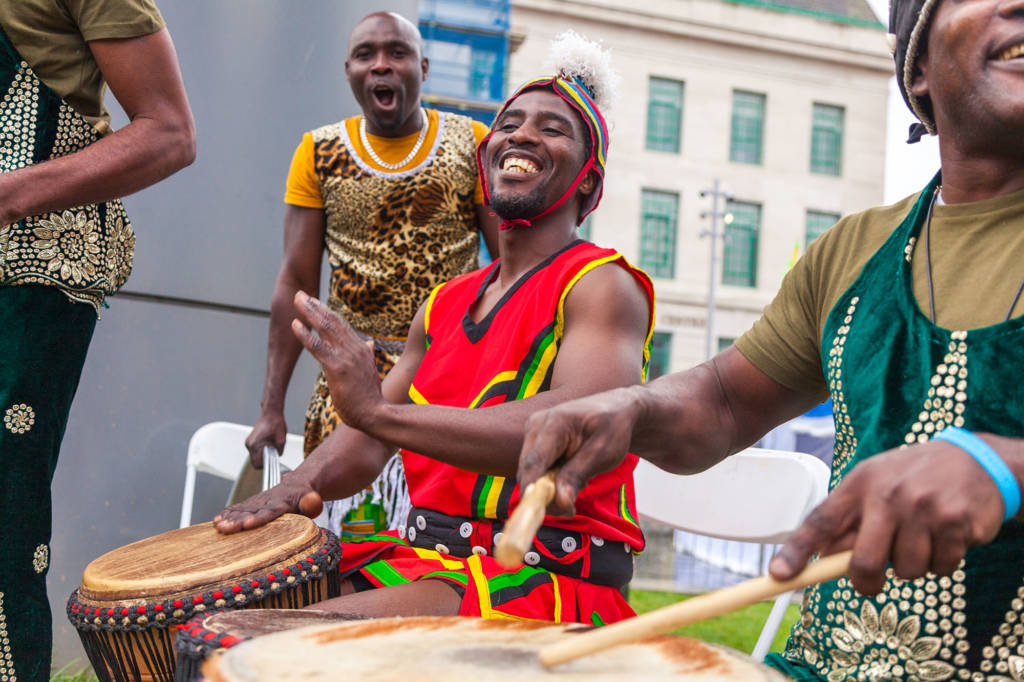 Inspired by the shocking statistic that three quarters of young people in the UK spend less time outdoors than prisoners, Zoo Humans sees The UPG Team bring their distinctive performance-parkour and David  Attenborough’s smooth narrative to a group of humans on the verge of forgetting how to move.  Join us for these free, outdoor performances.

Presented in partnership with Team London Bridge, with thanks to Kings College London – Guy’s Campus and Woolwich Cultural Destinations. 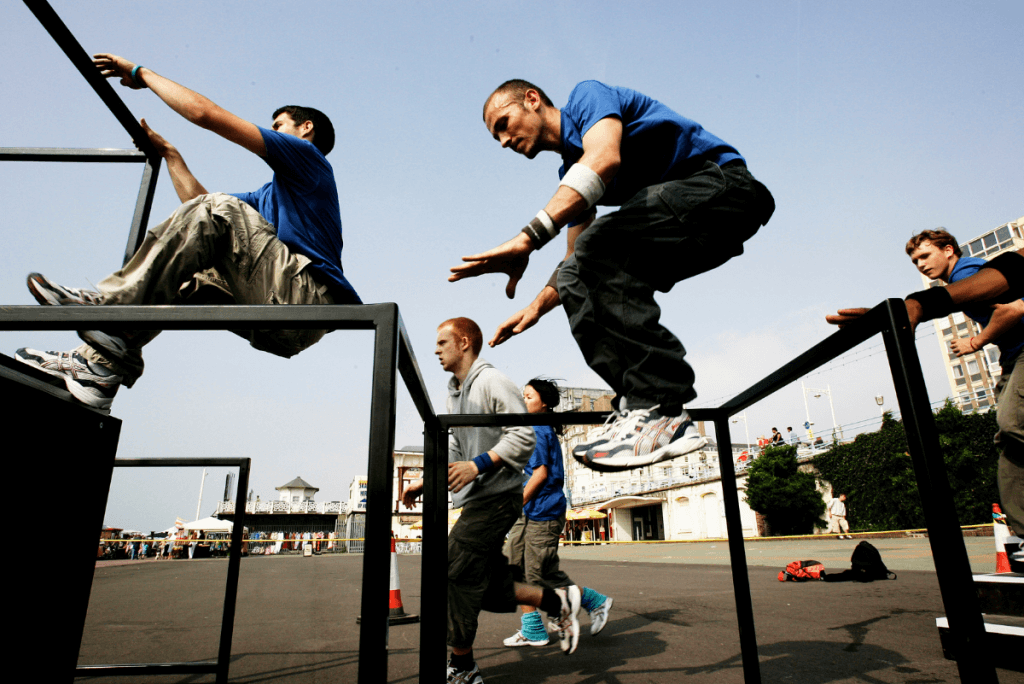 The UKs largest exhibition dedicated to original contemporary print, returns for its fourth year. Celebrating the breadth and diversity of printmaking, WCPF welcomes over 800 works of art from some of the world’s most renowned names, studios, specialist galleries and through an international open call for artists. The hand-picked nature of the work makes it attractive to established and aspirational collectors alike, while the fair’s associated programme of free talks, tours, workshops, demonstrations, family activities and events, make it a great day out for all. 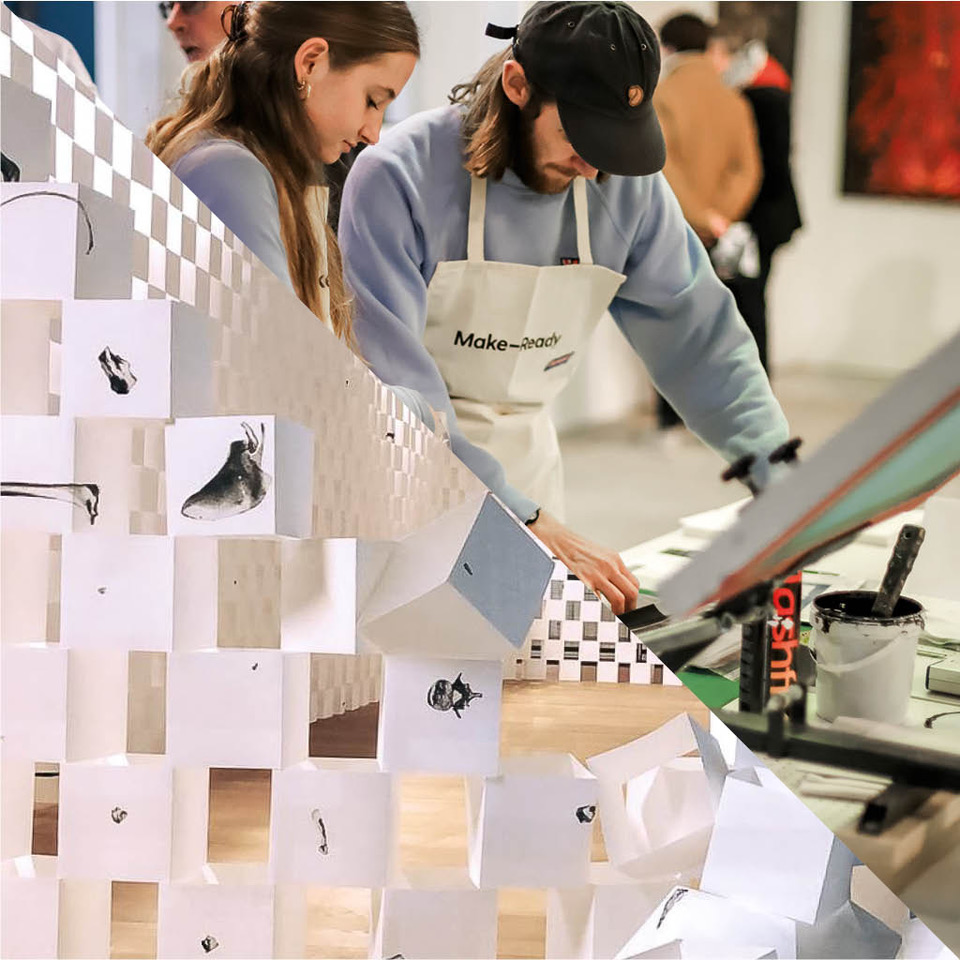 All the way from Spain, El Carromato’s Big Dancers bring their playful, illuminated performance to Woolwich as part of this annual Christmas themed community event. A magical combination of lighting and puppetry creates an entrancing atmosphere, as the big dancers flood the streets with colour and light, whilst inviting audiences to dance along and have fun. 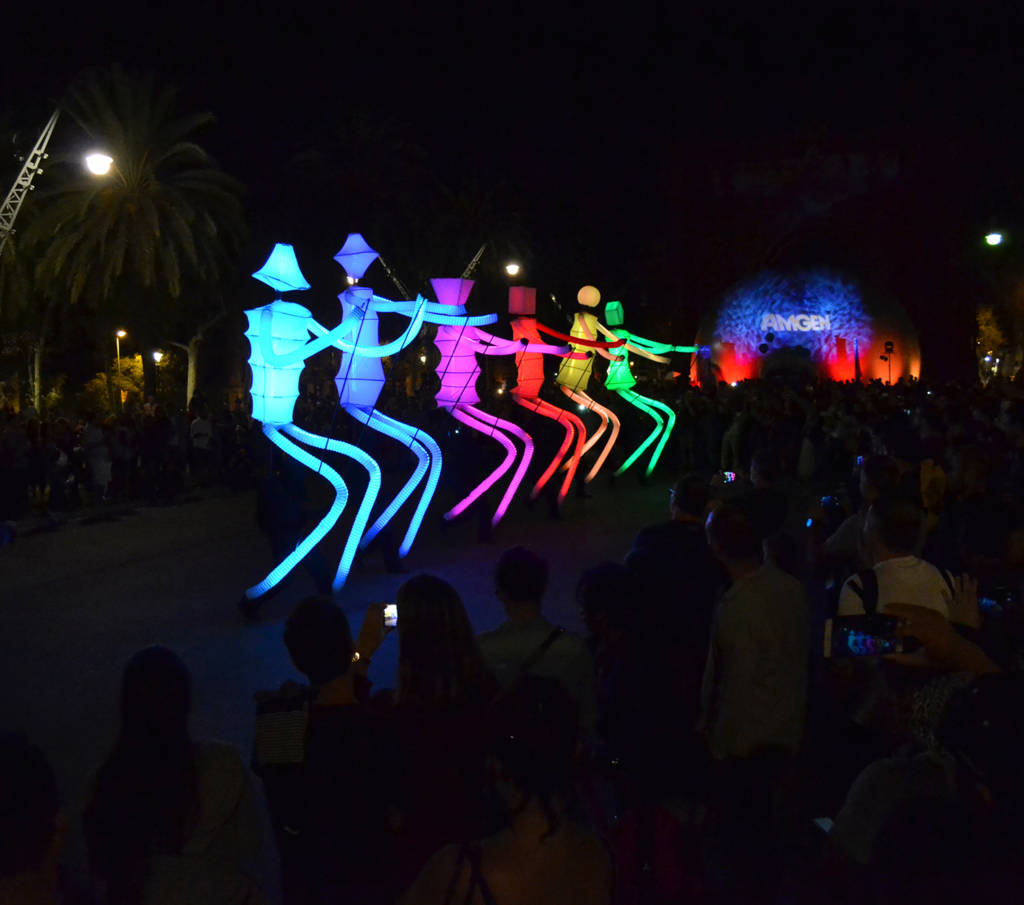 “From its strong military connections and the rich history of the Royal Arsenal to its legacy as a host of the international Tall Ships Regattas, Woolwich is a special and unique place. FESTIVAL.ORG is proud to deliver its ‘All Roads Lead to Woolwich’ programme here. We are delighted to be a key partner in the Creative District and to support the Royal Borough of Greenwich’s vision of placing Woolwich at the forefront of arts and culture in the UK.”

The Woolwich Cultural Destinations programme works closely with the council’s new landmark development of a new Creative District for London which will feature live performance spaces, theatres and restaurants within five historic buildings in the heart of the Royal Arsenal, Woolwich.

Read more about the ambitious plans to transform a section of Woolwich’s historic Royal Arsenal riverfront. 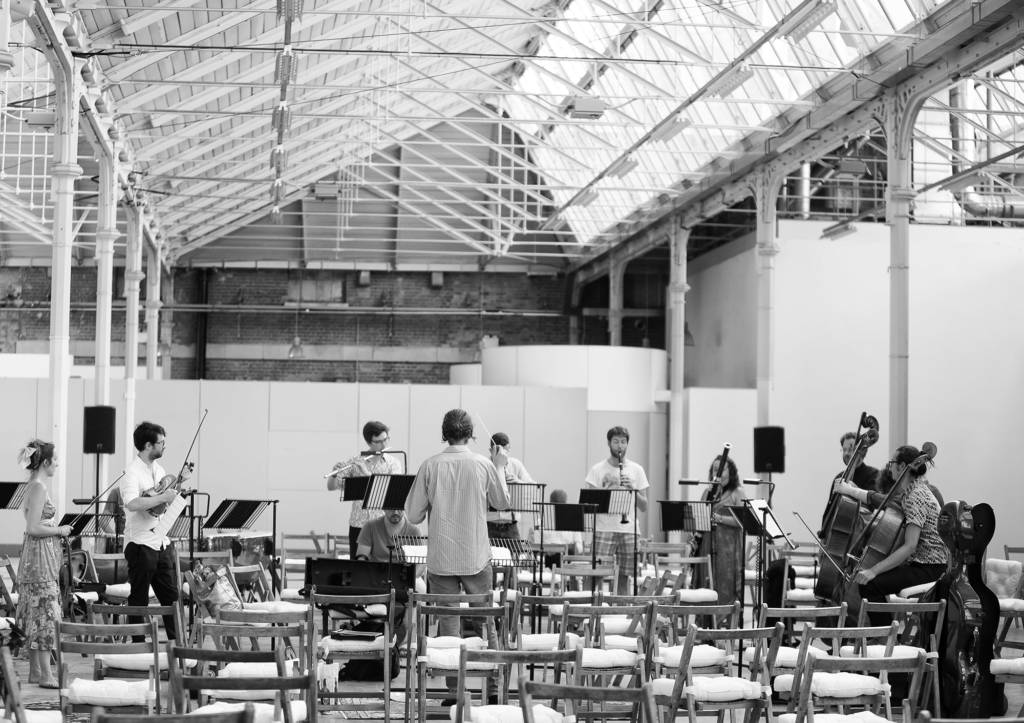 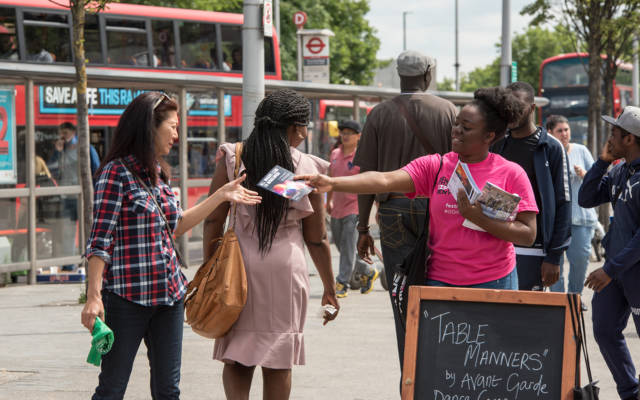 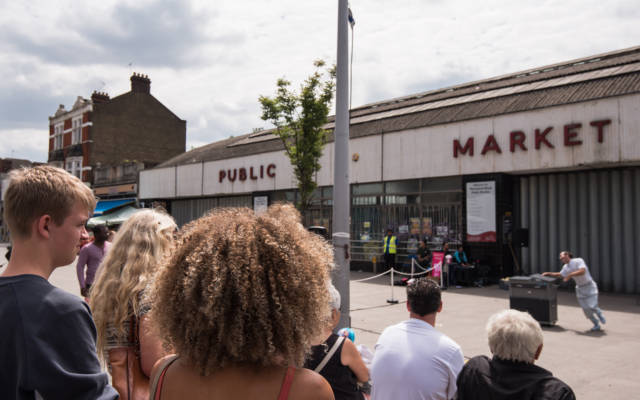 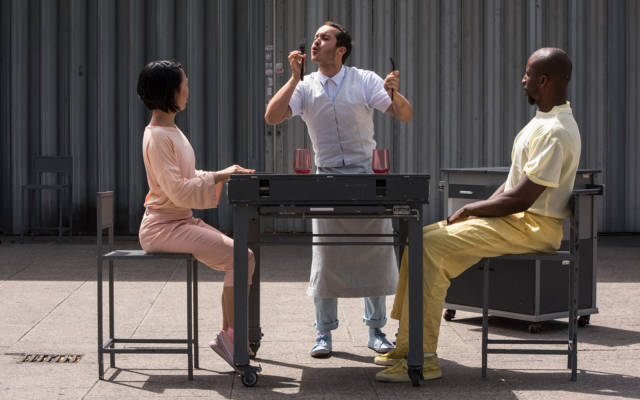 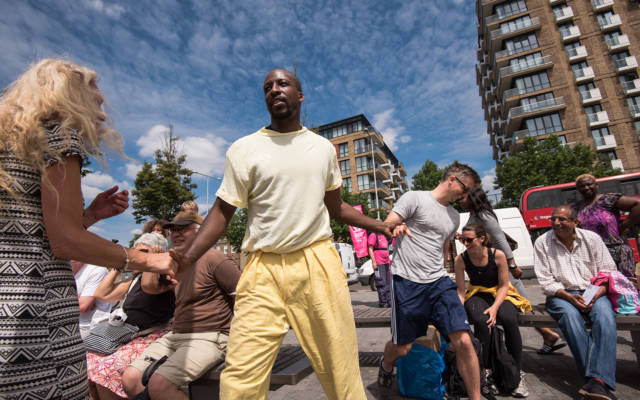 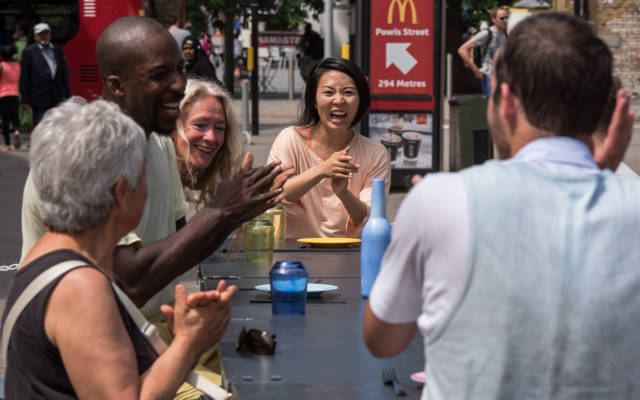 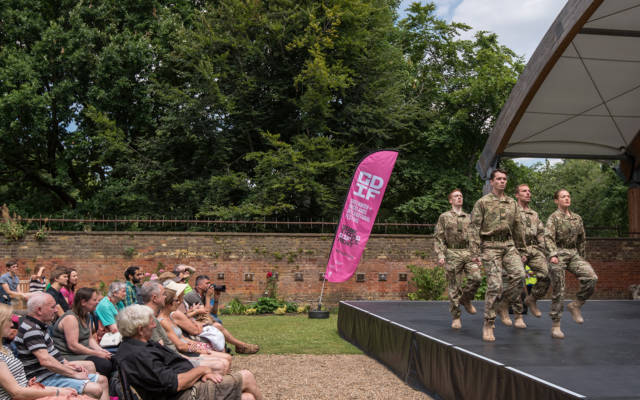 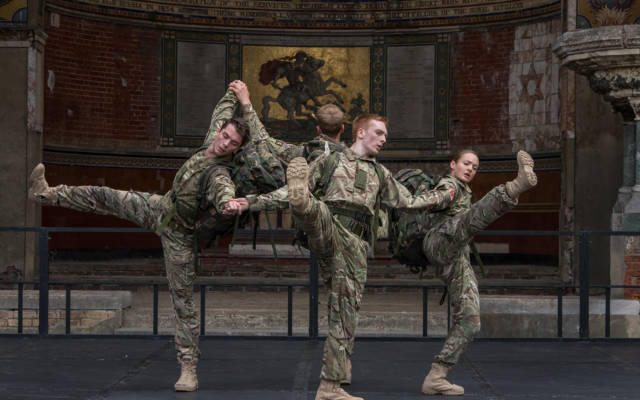 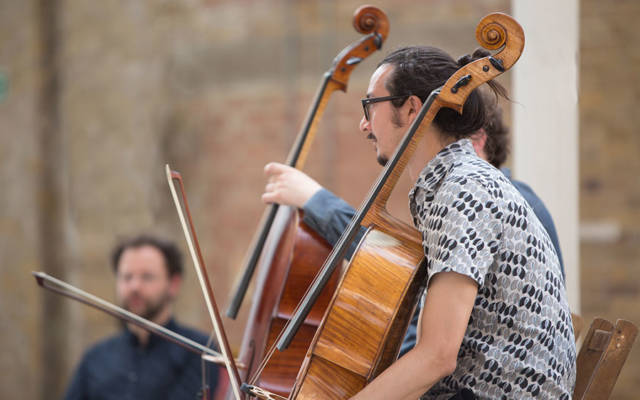 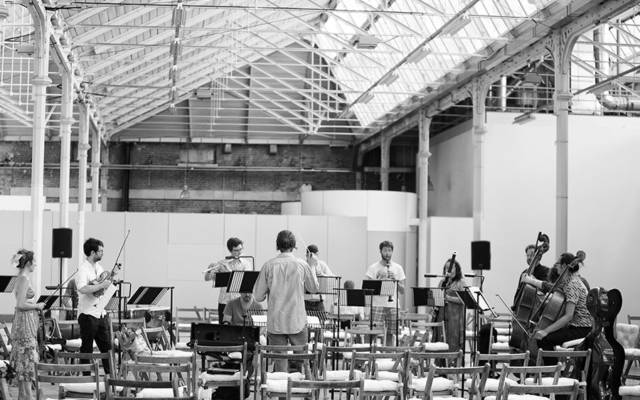 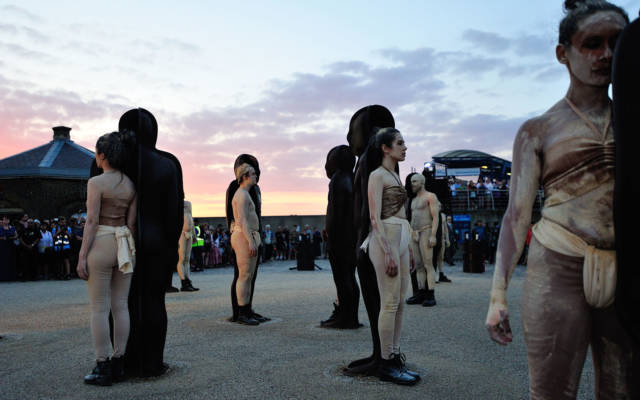 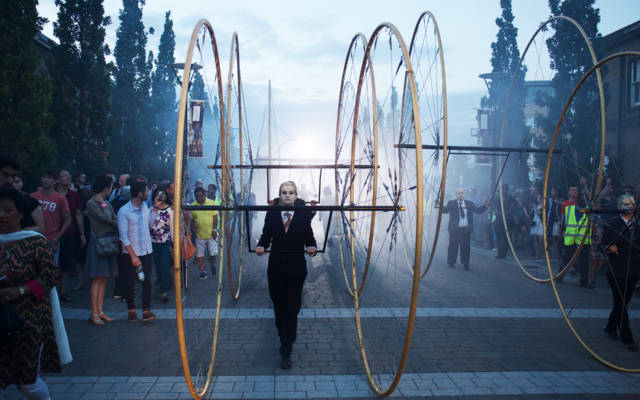 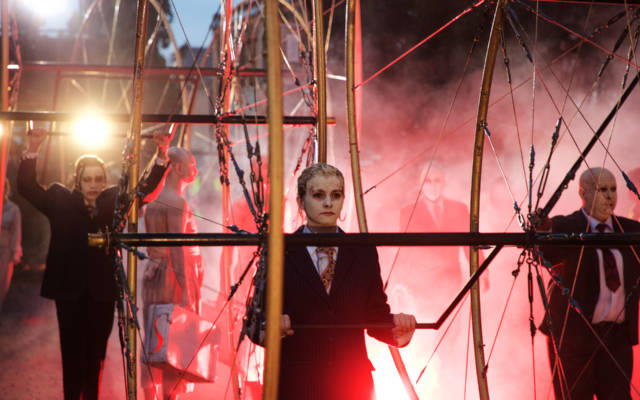 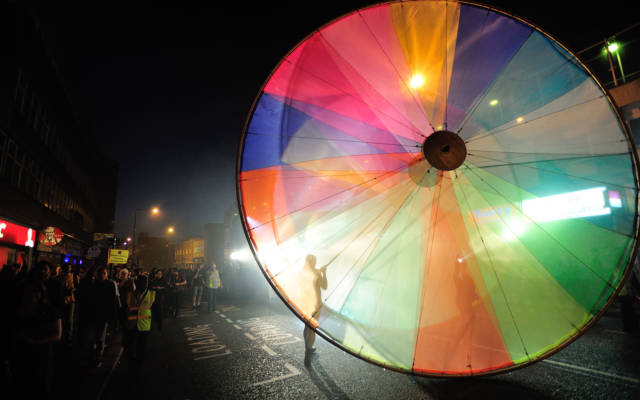 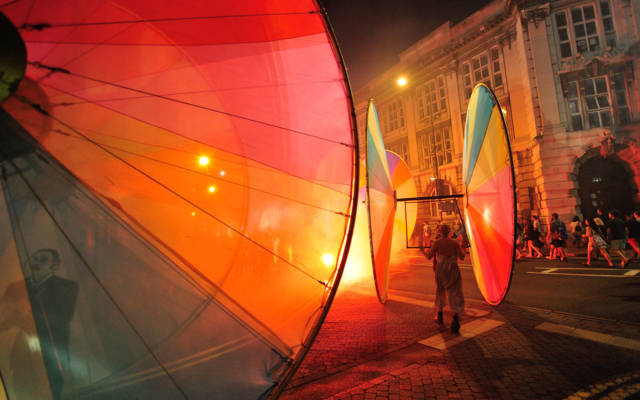 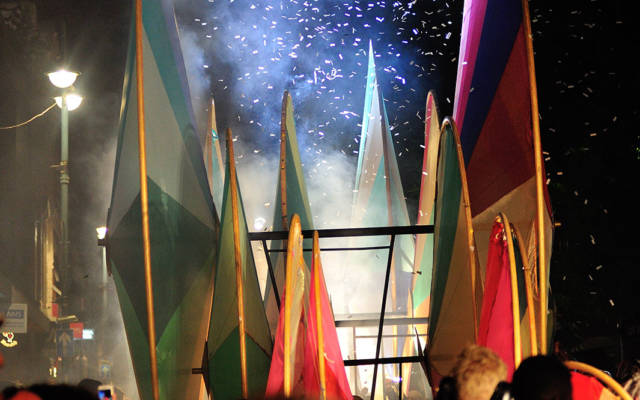 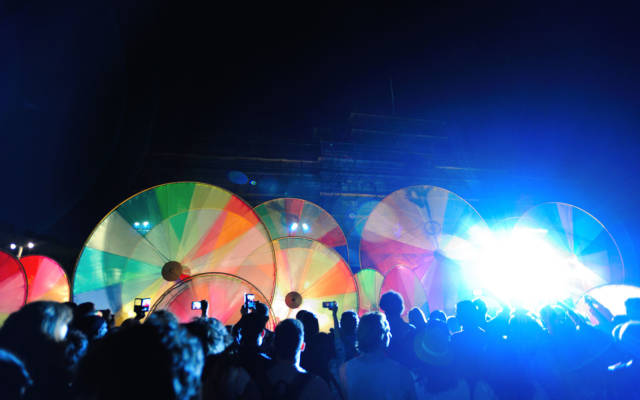 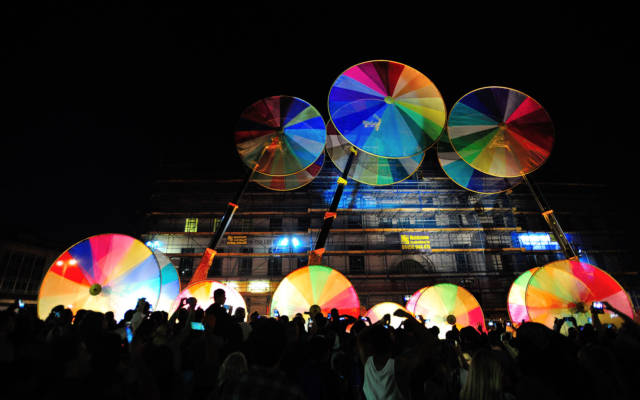 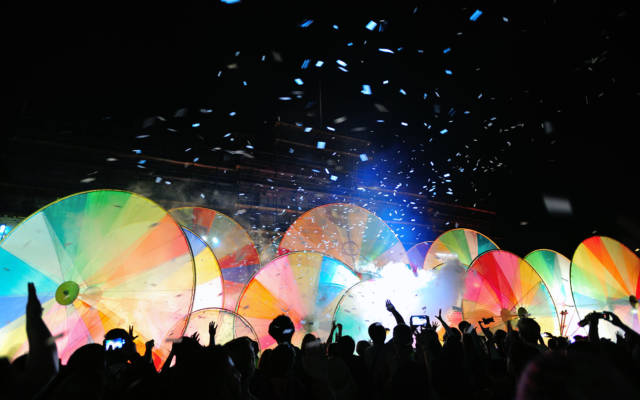