MO and the Red Ribbon

Sorry – this event has already happened!

Combining spectacular staging and emotional storytelling, meet MO, a giant child puppet, who wakes up in Bow to find he has been separated from his family. With a red ribbon as a guide, help MO on his journey in this promenade production which explores the experience of migration from a child’s perspective, offering an ultimately optimistic look at the world we inhabit and those we share it with.

This is a promenade performance with at least thirty minutes of walking, which starts at Lefevre Park and ends at Wennington Green. GDIF staff will be leading an Assisted Journey from start to finish, which will be step-free. If preferred, audience members with limited mobility are welcome to skip the promenade element of the show and go directly to the finale site at Wennington. The finale will last approximately thirty minutes. There will be limited seating available in the viewing area and will be available on a first come, first served basis.

This is a promenade performance. GDIF Staff will lead an assisted route. Meet at the Roman Road entrance for Lefevre Park at 9:15pm for a prompt 9:30pm start.

There is blue badge parking in the area under general Tower Hamlets parking rules. The drop off point is at Legion Terrace for those wishing to join the assisted journey. The pickup (and drop off for those going straight to the finale) point is Roman Road across from bus stop Haverfield Green Grove Road (Stop D).

An accessible toilet will be available at the finale site at Wennington Green.

Our photo route details the most accessible route between the nearest public transportation and performance locations. Download our photo route.

Our what to expect guide might help you pick which shows to see, especially if members of your group have access needs.

MO and the Red Ribbon is a promenade performance with at least thirty minutes of walking down Roman Road, East London, E3 5QN. The performance starts at Lefevre Park (E3 2RL) and ends at Wennington Green (E3 5SN).

MO and the Red Ribbon is part of Fly the Flag, a unique collaboration between arts organisations and human rights charities to mark the 70th anniversary of the Universal Declaration of Human Rights.

Artist Ai Weiwei has created a flag to mark anniversary, and from 24 – 30 June 2019 people across the world will Fly The Flag in galleries and theatres, shopping centres and offices, schools and libraries, both physically and online, to celebrate that human rights are for everyone, every day.

GDIF is an Advocate and will be flying the flag at several events during the festival.

Find out how you can get involved with Fly the Flag. 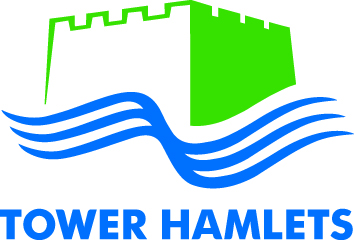 Action for Bow supports education, training and employment opportunities; sports, healthy living and cultural activities; environmental and regeneration issues in Bow East and West wards.  The registered charity (1104269), established by the Tower Hamlets Housing Action Trust in 2004, has been making grants to wide range of organisations. We have supported 311 projects since 2004 and allocated funding of 3.2 million.